2015 Has Been a Great Year for Book Publishers! 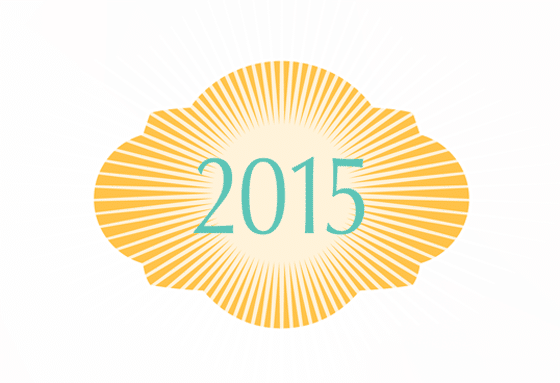 2015 has been a terrific year for book publishers!

Bookmobile works with over 1,000 book publishers, providing everything from custom book printing to typesetting to eBook conversion to order fulfillment. Here’s just a small sampling of the accolades our clients have received in 2015. We are so proud to work with each and every one of you, and we thank you so much for your business. We are really looking forward to seeing what you do in 2016!

Each notable book is linked to the publisher’s website—buy a book from them!

The Story of My Teeth was a finalist for the $50,000 Kirkus Prize and is on 14 best of lists and counting, including The New York Times, Publishers Weekly, and more. In addition, some of our favorite bookstores (such as Green Apple Books on the Park and Brazos Bookstore) picked Teeth and other Coffee House books, including The Dig and The Deep Zoo, for their favorites of 2015. Cat Is Art Spelled Wrong debuted at the Internet Cat Video Festival and showed up in New York Magazine, Slate, Bookforum, and the New Republic. Julie Iromuanya was longlisted for the PEN/Robert Bingham Prize for debut fiction for her novel Mr. and Mrs. Doctor, which also made it onto the Star Tribune‘s holiday gift guide. Ron Padgett’s latest was glowingly reviewed in The New York Times and launched to a standing-room-only crowd at St. Mark’s Bookshop. The award for most events might go to The Little Free Library Book, which hit the the road to Chicago, Los Angeles, Madison, New Orleans, and more. This year, Coffee House also celebrated Chris Fischbach’s 20th anniversary with the press, kicked off a fundraising campaign with a $20,000 board match, converted more than 80 books to formats accessible to print-disabled readers, and began paying their interns a stipend, to make the future of publishing even brighter.

The title story from Kyle Coma-Thompson’s debut collection The Lucky Body was included in Vintage’s New American Stories anthology, edited by Ben Marcus. Dock Street’s fourth book, Communion by Curtis Smith, was named one of Entropy Magazine‘s Best Books of 2015. Sara Lippmann’s Doll Palace was longlisted for both the Frank O’Connor Award and the LA Times Book Award. Robert James Russell’s Mesilla (yes, a Western!) was published to great acclaim– and Robert was interviewed on Michigan Public Radio’s Stateside. And Lauren Groff, author of Fates and Furies, said Steve Yates’s forthcoming Sandy and Wayne “is tremendous, a taut, tense, magisterial work that has all the concision and sharpness of a great short story, all of the texture and detail of an engrossing novel. The novella is, in my opinion, the hardest fictional form to get right; Steve Yates has proven his mastery of this most gorgeous form.”

Citizen by Claudia Rankine (which unexpectedly landed on The New York Times Best Sellers list in November after being read on TV at a Donald Trump rally—true story!) and Maggie Nelson’s The Argonauts were named among The New York Times 100 Notable Books for 2015. Percival Everett’s short story collection Half an Inch of Water was published to great acclaim—earning raves from The New Yorker and the Los Angeles Times—and Everett was interview on NPR’s All Things Considered. Margaret Lazarus Dean’s Leaving Orbit got a glowing review from Michiko Kakutani of The New York Times, and Per Petterson’s I Refuse landed on the cover of The New York Times Book Review earlier this year. Graywolf Press was profiled in New York Magazine and was named one of the best presses of 2015 by Entropy Magazine. Graywolf also celebrated the opening of the Graywolf Archive Exhibit at the University of Minnesota.

Hazelden Publishing published a dozen new trade titles as print and eBooks in 2015, including The Next Happy: Let Go of the Life You Planned and Find a New Way Forward; Navigating Grace: A Solo Voyage of Redemption and Survival; and Do You Really Get Me? Finding Value in Yourself and Others through Empathy and Connection. Brené Brown’s The Gifts of Imperfection continued as a top-seller on Amazon and on The New York Times Best Sellers list. The now-classic work has sold over one million copies. Meanwhile, Hazelden continued to published curricula for treatment organizations and schools, including a revision and repackaging of its Severe Mental Disorders Program, authored by experts at the Dartmouth Psychiatric Research Center. Their digital initiatives included production of more mobile apps and online subscriptions available through the Hazelden On Demand platform.

Downtown: Minneapolis in the 1970s, with photographs by Mike Evangelist and text by Andy Sturdevant, was featured on WCCO’s “Finding Minnesota” segment, Minnesota Public Radio, City Pages, MplsStPaul Magazine, and MinnPost. The book launch and opening for the accompanying exhibit at the Mill City Museum in Minneapolis drew over 500 enthusiastic attendees. North Woods Girl by Aimee Bissonette, illustrated by Claudia McGehee, has charmed readers throughout the Midwest and was featured on the Midwest Independent Booksellers Bestseller List in the Children’s Illustrated category. It garnered favorable reviews in Publishers Weekly, Kirkus, and the School Library Journal, and the Pioneer Press called it “one of the prettiest and well-written books of the season.” Think South: How We Got Six Men and Forty Dogs Across Antarctica by Cathy de Moll, with a foreword by Will Steger, was featured on Outside and drew over 300 to the book launch celebration as part of the Friends of Hennepin County Library’s Talk of the Stacks program.

This year saw Noemi’s most ambitious catalog yet. Some of their most popular and most reviewed titles this year were The Ghost in Us Was Multiplying by Brent Armendinger, Her 37th Year, An Index by Suzanne Scanlon, and Mess And Mess And by Douglas Kearney. Kearney’s book is part of the Infidel Poetics Series, which is a venue for shorter critical works by poets in which they address the overlap between poetry and politics, often interrogating notions of identity and their work.

At OR Books, combined sales of The Jihadis Return by Patrick Cockburn (first published by OR in 2014; rights then sold to Verso Books, who released a trade edition spring 2015) are nearing 50,000 copies. The announcement of My Turn: Hillary Clinton Targets the Presidency by Doug Henwood, with its iconic cover, stirred controversy and prompted debate in The Washington Post, New Republic, and MSNBC. Inferno (a poet’s novel) by Eileen Myles and its matching tote bag were heavily featured in the critically-acclaimed independent film Grandma starring Lily Tomlin. The release of Shell-Shocked: On the Ground Under Israel’s Gaza Assault by Mohammed Omer was celebrated with a book launch party in Gaza, on the seafront, complete with 1,000 copies produced by a local Gazan printer. OR Books announced a partnership with Barney Rosset’s legendary Evergreen Review, which will re-launch in 2016. In partnership with OR, Foxrock Books—the book publishing arm of the Evergreen Review—began re-issuing classic works by major authors including Samuel Beckett, Kenzaburō Ōe, and Marguerite Duras.

Princeton University Press titles were featured in numerous best-of-2015 lists in publications on both sides of the Atlantic—including The New York Times, The Times Literary Supplement, and The Guardian, among many others. Highlights include the following: The Shape of the New by Scott L. Montgomery and Daniel Chirot, was chosen as a notable book by The New York Times Book Review; The Mushroom at the End of the World by Anna Tsing was named among the best book of 2015 by Kirkus; and How to Clone a Mammoth by Beth Shapiro is one of The Independent’s six best books in science. In addition, Princeton University Press titles, including the tremendously well-received The Work of the Dead by Thomas Laqueur, account for three of Flavorwire’s Ten Best Books by Academic Publishers of 2015.

Congratulations to the University of Minnesota Press on their 90th anniversary! Check out their fun UMP info sheet and also the great infographic they created of local, trade, and university presses’ founding dates. UMP won some great awards this year too, including the National Book Critics Circle Award for Criticism for The Essential Ellen Willis by Ellen Willis, edited by Nona Willis Aronowitz. Plant a Pocket of Prairie by Phyllis Root, with illustrations by Betsy Bowen, won the John Burroughs Riverby Award for Young Readers from the American Museum of Natural History. The Road Back to Sweetgrass by Linda LeGarde Grover won the Wordcraft Circle of Native Writers and Storytellers 2015 Fiction Award. The UMP also saw great buzz for Werner Herzog’s Of Walking in Ice, published in May, in The New York Times, Los Angeles Times, Slate, Publishers Weekly, and Kirkus Reviews, among others.

And just wait until 2016, fellow Minneapolis residents! The UMP announced the forthcoming publication of R. T. Rybak’s memoir, Pothole Confidential: My Life as Mayor of Minneapolis, which will be out in April.

The University of Toronto Press saw excellent reviews and awards this year. Notable titles include After the Paris Attacks, edited by Edward M. Iacobucci and Stephen J. Toope. Understanding Climate Change by Sarah L. Burch and Sara E. Harris received an “Outstanding” rating from the University Press Books Committee of the Association of American University Presses. On Being Here to Stay by Michael Asch received the Canada Prize from the Federation for the Humanities and Social Sciences.

Wayne State University Press won numerous awards for Canvas Detroit by Julie Pincus and Nichole Christian this year: the gold medal for Best Non-Fiction, Great Lakes Region from the Independent Publishers book awards, the shortlist for the grand prize of the Eric Hoffer Award, and the bronze medal in the category of art for the ForeWord INDIEFAB book of the year award. Strings Attached by Diane DeCillis won an AAUP Book, Jacket, and Journal Show Award in cover design, as well as several other awards. Lolita Hernandez’s Making Callaloo in Detroit and Strange Love by Lisa Lenzo have also been finalists or shortlisted for other notable awards.

Did I miss your notable book? Want to know what services we can offer you? Let me know!