2014 Has Been a Fantastic Year for Our Book Publishers! 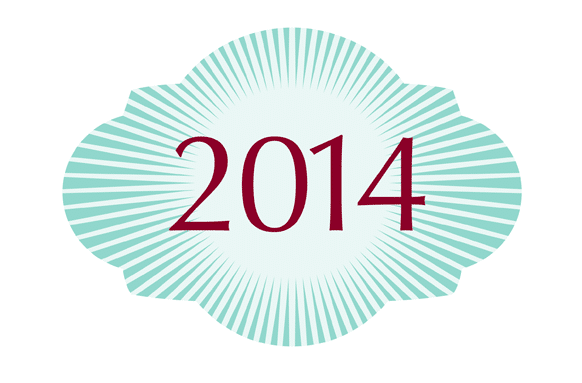 It has been a banner year for our publisher clients! We work with over 1,000 book publishers here at Bookmobile, providing everything from book printing to typesetting to eBook conversion to order fulfillment. Here’s just a small sampling of the accolades our publishers have received in 2014. We are so proud to work with each and every one of you, and we thank you so much for your business. We are really looking forward to seeing what you do in 2015!

Each notable book is linked to the publisher’s website—buy a book from them! Many have great end-of-the-year sales to take advantage of, so cut out that middle guy (Amaz-something, but not amazing . . . something about a river?).

The amazing Chronicle Books saw numerous awards for The Meaning of Maggie by Megan Jean Sovern: Kirkus included it in Best Children’s Books of the Year, Best Middle Grade Realism, and Best Middle-Grade Books That Celebrate Diversity. It was also an ABA Kids’ Indie Next Selection for Summer 2014!

One of my favorite local publishers, Coffee House Press is always up to something spectacular. I’m looking forward to my copy of Cat is Art Spelled Wrong in 2015, for example. But this year, where to even start? The amazing A Girl is a Half-formed Thing by Eimar McBride won numerous awards, from the Baileys Women’s Prize for Fiction to the Kerry Group Irish Novel of the Year Award. Prelude to a Bruise by Saeed Jones and Sidewalks by Valeria Luiselli have both received rave reviews and are featured on numerous Best of 2014 lists. Also, Submergence by J.M. Ledgard is still selling like hot cakes and popping up on Best of 2014 lists a year after it was published.

We love working with Dane at Dock Street, not just because we print all his books and distribute them through Itasca Books, but also because they have great design. Oh, and he visits us and brings cupcakes. Both Doll Palace by Sara Lippmann and Naked Me by Christian Winn were nominated for a Story Prize, and Doll Palace was also nominated for the LA Times Book Prize. The title story of The Lucky Body by Kyle Coma-Thompson was selected by Ben Marcus to be included in Vintage Book’s forthcoming collection of best American short stories.

Again, where to even begin? Two National Book Award Finalists in poetry for Second Childhood by Fanny Howe and Citizen by Claudia Rankine. The New York Times Book Review named The Empathy Exams by Leslie Jamison, Song of the Shank by Jeffery Renard Allen, and Geek Sublime by Vikram Chandra in their 100 Notable Books of 2014, with On Immunity by Eula Biss ranked in the Top 10. And even more Graywolf titles are featured on Best of 2014 lists, from Book Riot to Slate to Publishers Weekly.

Harbor Mountain Press published their 25th title this year! They received an EU member grant to publish an anthology of contemporary poetry, Wanting It by Diana Whitney reached #1 on their distributor SPD’s Bestseller list, and Out of Time, Running by Edward Nudelman enter the same Bestseller list at #3.

White Out by Michael W. Clune won an award from PRINT magazine for one of the best cover designs in 2014. The Gifts of Imperfections by Brené Brown is a New York Times bestseller.

Yet another Minnesotan neighbor going strong! Adventures in the Anthropocene by Gaia Vince received prepublication stars from Publishers Weekly, Kirkus, and Booklist and was named a Kirkus Best Book of 2014. Braiding Sweetgrass by Robin Wall Kimmerer was named the Best Nonfiction Book of 2014 by the Midwest and Great Lakes Booksellers Associations and has been on the Heartland Bestseller list for three weeks running. Let Him Go by Larry Watson is on the IMPAC Dublin long list and was named Literary Book of the Year by the Wisconsin Library Association.

This “new type of publishing company” is working! OR Books saw their sales rise 65% this year. Their books have been on the covers of The Guardian, The Nation, Newsweek, Vogue, and The New York Times. Eileen Myles’s Inferno was nominated for the 2015 Slate/Whiting Foundation Second Novel Award, and Sue Coe, author of Cruel, won the 2015 Women’s Caucus for Art Lifetime Achievement Award. Flavorwire named their special Angora Edition of Blood Splatters Quickly by Ed Wood one of 2014’s best gift books! (Don’t tell my husband, but he’s getting one of those for Christmas.)

Thrown by Kerry Howley is receiving rave reviews and is on many Best of 2014 lists, including The New York Times Book Review Editor’s Choice and Notable Books. It’s also listed as one of the “Big Indie Books of 2014” by Publishers Weekly. Fire Year by Jason K. Friedman was a finalist for the Lambda Literary Award.

Ruth Ellen Kocher, author of domina Un/blued was a co-winner of the PEN Open Book Award. Amaud Jamaul Johnson is the recipient of the Hurston/Wright Legacy Award for poetry for his collection Darktown Follies.

The University of Arkansas Press

What Happens Next? by Douglas Bauer was the winner of the 2014 PEN New England Award for Best Nonfiction Book. Biting through the Skin by Nina Mukerjee Furstenau won the 2014 M.F.K. Fisher Award. Necessary Courage by Lowell J. Soike won the 2014 Benjamin F. Shambaugh Award. And the intriguingly-titled When Mystical Creatures Attack! by Kathleen Founds was named a Notable Book by The New York Times Book Review for 2014.

Two of their Spring titles saw numerous praise and awards, The Essential Ellen Willis by Ellen Willis and Eating Fire by Kelly J. Cogswall. In the fall, Lorna Landvik’s Best to Laugh received great reviews and coverage, along with her well-received events on the West Coast.

With well over fifty awards this year, I recommend you check out the breadth of their titles and awards yourself here! Notably, Mississauga Portraits by Donald B. Smith received the Donald Grant Creighton Award from the Ontario Historical Society and the Floyd S. Chalmers Award from the Champlain Society. Pascal the Philosopher by Graeme Hunter was named the CHOICE Outstanding Academic Title.

Practicing to Walk Like a Heron by Jack Ridl won the Gold Medal in the category of Poetry for the 2014 ForeWord Book of the Year Award. The Way North, edited by Ron Riekki, and allegiance by francine j. harris have been finalists or shortlisted for other notable awards as well.

Did I miss your notable book? Let me know! Want to know what services we can offer you? Let me know that too!