Finally, I Get to Write About Cats 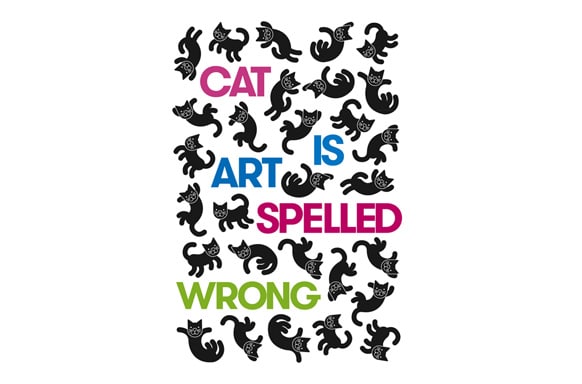 In August 2012, the Walker Art Center planned a small experiment as part of its outdoor summer programming on Open Field, the greenspace adjacent to the museum. What if there were an evening program dedicated to the Internet phenomenon of cat videos? Would anyone come to watch videos that they could easily view by few clicks at home or work? How would this solo hobby translate to a public setting?

Word of the event quickly spread internationally via social media and the press, including coverage as varied as the New York Times, the BBC, Japanese television, Australian talk shows, Brazilian newspapers, CNN, NPR, the Wall Street Journal, Cat Fancy, Slate, Time Magazine, CHEEZburger, and many more. The result was some 10,000 people (and a few celebricats) gathered on the hillside at the Walker, enjoying the first Internet Cat Video Festival—together.

Folks from Coffee House Press attended that first event and loved it. They were inspired to initiate a collaboration with the Walker to explore the phenomenon  further. They described their vision as

a project that might capture that fascination and say something interesting—not just about cat videos, but also about how we decide what is good or bad art, or art at all; about how taste develops, how that can change, and why we love or hate something. It’s about people and the internet and why there are so many more cat videos than dog ones.

What was Bookmobile’s part in this, besides me watching cat videos with my family? Bookmobile was behind the scenes, managing the printing. Rachel Holscher from our Design and Digital Book Publisher Services Department manages Coffee House Press’s production. Coffee House Press had to be sure they had books in time for last night’s event, and it was a tight schedule. Rachel worked with Coffee House Press to get offset estimates and schedules, and in the end worked with Versa Press to ensure the quickest offset printing possible. Books arrived on time!

Interested in our Design and Digital Book Publisher services? Let me know!