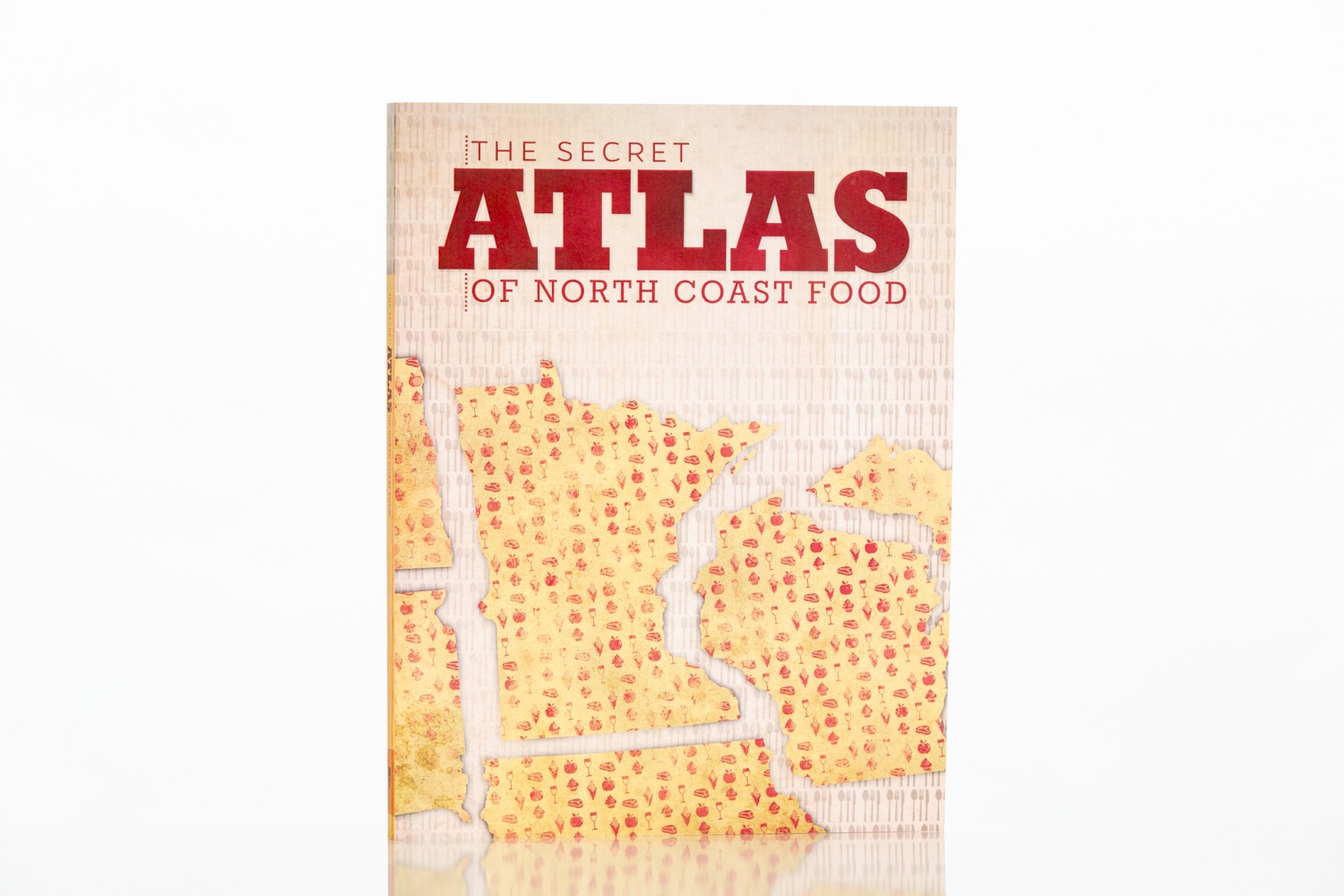 The Secret Atlas of North Coast Food from Heavy Table began with a super successful Kickstarter campaign, raising $21,995.00 with 439 backers—more than $5,000.00 over the goal. James Norton, the editor, has published books previously, but decided not to go the traditional route with a publisher and distributor this time. The Heavy Table is the most-read independent news source in the upper Midwest about food and drink, so James knew they had a built-in audience to sell to direct—and of course the enthustiastic response on Kickstarter was an early tell.

The book is a collection of essays, with many illustrations and maps, in black-and-white and color. James knew it wouldn’t work to print the entire interior in color and keep the price point needed. Happily, Bookmobile can do color inserts, and we worked with designer Tod Foley about the options we had available to keep printing affordable.

We’re all hoping The Secret Atlas of North Coast Food will be the first in a long series. The book will be released on November 11th. Buy your copy online at Heavy Table or pick up a copy at Kitchen Window in Minneapolis or Common Good Books in St. Paul.

“We really enjoyed working with Bookmobile—a project as complicated as The Secret Atlas could have come out any number of ways, but Bookmobile stayed on point and brought us a final product that we’re quite proud of,” writes James Norton, editor at Heavy Table.