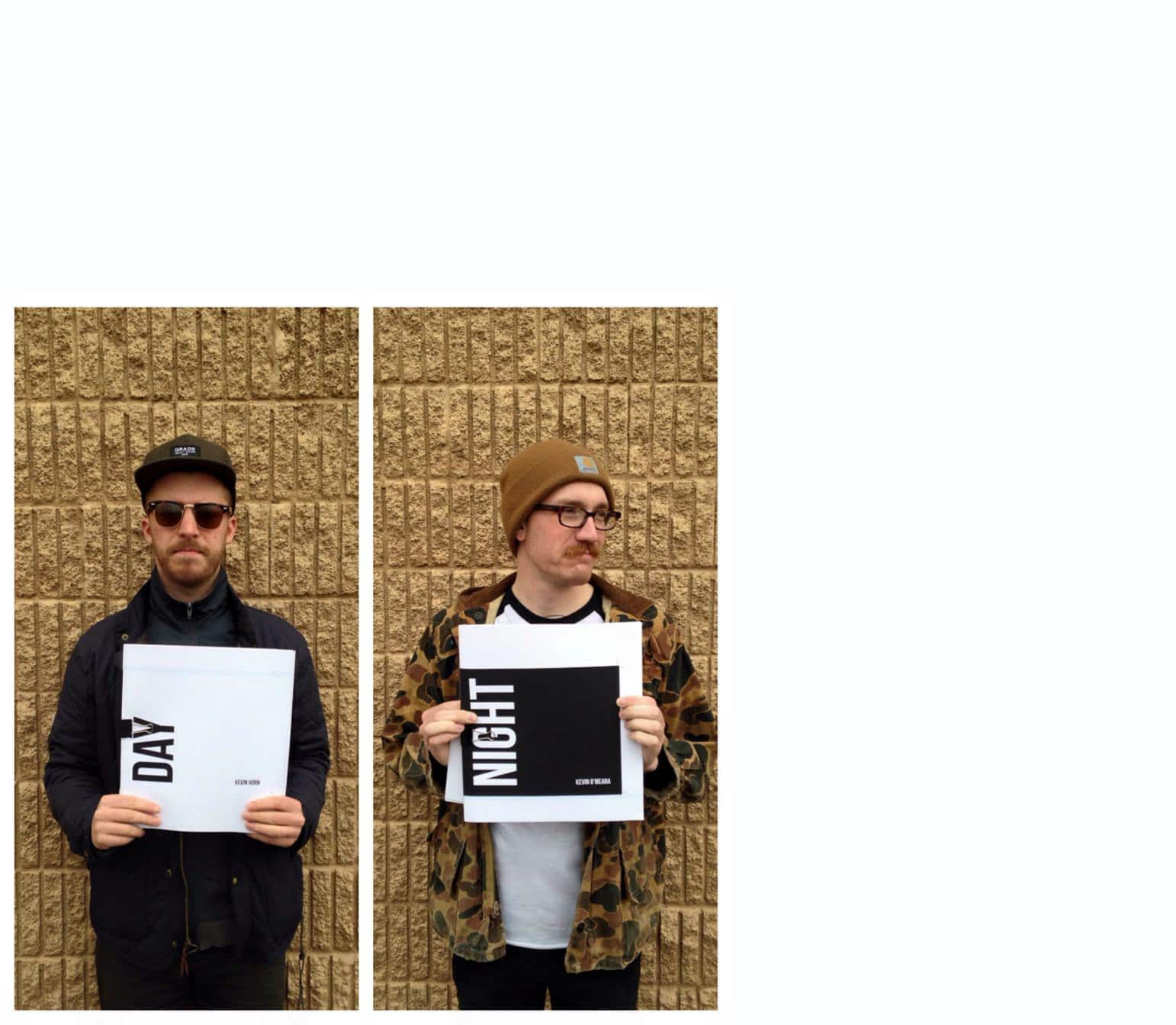 Bookmobile printed this fine art photography exhibition catalog just a few weeks ago. I heard from the photographer Kevin O’Meara in early March, when he asked for a print quote and schedule for his exhibition catalog. Kevin was looking for great quality and a quick turn (the exhibit opened on March 27th), and he wanted to keep it local—so that meant he came to Bookmobile, of course.

In both the exhibition and the book, Day and Night contrasts two photographers, Kevin Horn and Kevin O’Meara. Horn and O’Meara had noted their differences in shooting style—Horn shoots almost exclusively during the day and O’Meara shoots almost exclusively during the night. Burlesque of North America noticed too, and wanted both photographers to exhibit in their gallery, CO Exhibitions, located above Burlesque’s screen printing shop.

The photographers decided to establish a list of fifty subjects to shoot, and Horn traveled to New Orleans while O’Meara headed to San Francisco.  The exhibition, as well as the book, “reflects the stark difference of context while still working in the narrative that each photographer found.”

They traveled in February, which did not leave them much time to put together the book for the exhibit’s opening. (I often saw emails that were sent at 2 a.m.) Normally with a color interior, I recommend that the artist or photographer send sample pages for us to print; then they can color correct in their files before full proofs are made, so only minor corrections or adjustments are needed, if any, before we print. O’Meara, who was handling the design, did not have time in the book’s short schedule for that step. And the first set of proofs threw both photographers into a panic.

Both photographers shoot with film, so the images had been

A lengthy route for color to stay consistent and true to the original! Any variation from the process above results in a different end product.

There were about 22 images (out of about 100) that needed color correcting. Both Kevins were here at Bookmobile to see the proofs, and they looked quite pale from nerves (and maybe lack of sleep). I brought in our experts, Paul Trombley, our preflight manager of 11 years, and Don Leeper, our CEO, founder, and a professional photographer himself. (Read Don’s series on Maximizing Print Quality in Your Fine Art of Professional Photo Book to get his expertise and advice firsthand.)

On our end, looking at the original files from O’Meara’s thumb drive on-screen as well as the physical proofs, and discussing the process above, we thought that the images should have been left as TIFs—the compression to JPG stripped out too much information. Don, Paul, and I found the whole discussion of color and conversion quite interesting—Don peppered Horn and O’Meara with questions about the cameras and film they used and where the film was developed, and Paul asked about color profiles, but I noticed O’Meara was starting to look worried about the amount of work he still had ahead of him, so we wrapped it up.

O’Meara went home, and four hours later, uploaded adjusted TIFs. We had a new set of proofs ready the next day. The proofs were approved immediately, and books were ready the morning of the event. All in all, from the first set of files to the finished books, the process took twelve business days.

Horn and O’Meara did a first run of 100 copies and sold out at the event. They collected orders for a reprint as well, which is now in progress at Bookmobile, and you can buy a copy here (the exhibit closed on April 24th).